* In case of any delay in receiving the OTP, you may verify it later. Please proceed without verification.

Enter your City name or Pincode

Located in Seraikela Kharsawan district, Sini is a small yet significant town of the Indian State of Jharkhand. It is a referred as a census town which denotes that though it lacks all criteria to become a municipality town, it has considerable rural population. The prominence of the city is all the more since it has got huge support from Indian railways. In fact, the Railway workshop located close to Sini Junction Railway Station is the major source of earning for the people based here. Apart from this there is a Railway Zonal Training Center located in the city used for employee training by the Railway Government. 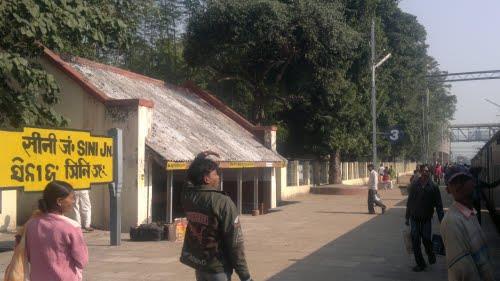 The exact meridians of Sini district is located at 22.8°N 85.97°E. The average altitude of the area of the town is merely 183metres or 600 feet from the sea level. The town is essentially bordered by several blocks of the district which includes Saraikela block and Rajnagar block in the southern part, Khuntpani block in the western and Kharsawan block in the eastern part of Sini. The position of the town is one the border of Seraikela Kharsawan and West Singhbhum district.

The climate of Sini town is majorly hot and humid. The summers months from March to Mid June are majorly characterized with scorching heat where the temperature ranges around 34°C. May is the hottest month and January on the other end is the coldest one with temperature hovering around 19.2°C. The average rainfall in a year in this area amounts to 1309mm. December is the driest month with the least rainfall here whereas August gets the maximum waterfall with an average precipitation of 330mm.

As per the census 2011, town Sini has a total population of 6382 individuals of which around 3340 are male inhabitants and 3042 are female inhabitants. The child population of the town ranging in the age of 0-6 years is 724 which actually forms around 11.34% of the total population of the city. The sex ratio of the area is 911 females on every 1000 male in the city. Literacy rates of Sini city is the most impressive one recording at 84.52% which is much higher to the state average which is counted at 66.41% only. As per the last records the male literacy stands at 91.74% whereas the female literacy is at 76.64%. The city has a famous school located here named as SE RLY Inter College which has classes till 12th standard under JAC board and which is known to have students with merit marks contributing in the district top 10 list. The native language of the area is known to be majorly Hindi and Santhali.

Sini Town has a total number of 1447 houses. The town administration is responsible for the basic amenities supply like water and sewerage system. The census town has the authorization to build in roads and collect taxes falling under its jurisdiction. Sini town is basically a part of Saraikella block in the district

A significant part of the population of Sini town is the tribal population based here. As per the last census around 14.54% of the population here is schedule caste whereas 8.07% is schedule tribe. The rest of the population which does not belong to tribal community are either Hindu, Muslims or Christians. The main tribes here are Ho, Santhal and Oraon. As a result there is a lot of influence of tribal culture here with significant tribal festivals celebrated hugely. The major festivals celebrated here are Ho festival, maghe, baba bongra, sahrai, ero, Asaria, Hariar, Namah etc. Apart from this the other popular festivals include Dushera, holi, Diwali , Shivratri and Ramnabami for the Hindus, ID, Muharam for the Muslim and Christmas for Christians. The people here are extremely friendlier and they celebrate the festivals by inviting people from neighboring districts and cities. Festivals are characterized also by musical performances. Folk music is quite popular here along with the famous Chhau dance

Sini Town is basically a part of Saraikela Kharsawan district which was considered as one of the 250 backward districts in 2006 Ministry of Panchyat Raj. As a result the district along with the town receives funds for livelihood from Backward Regions Grant Fund Programme. Industries are not present in this area in a huge way. A few small scale workshops are only present here. According to the reports of the last census, 2027 people are engaged in work from the area of which 1689 are male and the rest are females. Almost 80% of the total working people are engaged in main work while other in Marginal work. Main work specifically means business activity or job activity. In Sini the main job provider is the railway workshop based here.

Healthcare Services are a crucial issue in the city and administration is taking definite steps to improve the same. There are hardly any medical facilities available here except a clinic in support of Brahmananda Narayana Hridyalaya at Closest Chaibasa. Apart from this there is a primary health care centre established recently to take care of immediate health problems. There is also unavailability of proper medicine shops in the area.

Sini is one of the serene destinations of Jharkhand state but apart from the natural extravaganza it doesnot have much sightseeing spots to travel around. However one can enjoy the multiple tourist spots located close to Sini which includes Seraikala, Jamshedpur , Chaibasa and Purulia. Almost all the nearby locations are famous as heritage and cultural destinations.

The best way to communicate in Sini is by the means of railways. There are several stations around the city. The nearest station is Sini Junction Railway station which falls on the south eastern zone under Chakradharpur division. It has 3 platforms and has connectivity with other places like Howrah, Tatanagar, Bilaspur, Puri, Itwari, ShalimarDhanbad, Alleppey etc. The nearest airport to Sini is the Sonari airport, Jamshedpur at a distance of 20.5km or one can also travel to Ranchi airport at a distance of 88kms.


Sini at a glance

Comments / Discussion Board - About Sini